This third blog post from sogetian Erik Wahlin is about investment risks related to the stock market (but not solely). Enjoy!

The course of success was traced out. They had thought of every possible outcome, it could not go wrong. If the market went up, they would gain, if it went down, they would gain, or at least not lose. The risk of default was non-existent, or more exactly, one in a million.

Long-term capital management (LTCM) was a large hedge fund led by the Nobel Prize laureates in economics Myron Scholes and Robert C. Merton and renowned Wall Street traders. The fund had flourished from the outset in 1994 but almost caused the global financial system to melt down a couple of years later, as a result of their high-risk absolute-return strategy.

The money at stake was enormous – over $1 trillion of holdings in different market positions. It started out really well with a yearly return of 40% after fees, but somewhere down the road, the profit machine started to cough.

A cough developed into a full-blown flu and the urgent need of a respirator. The gravity of the situation escalated in connection with the peak of the Russian financial crisis in 1998 and four months later, the loss reached mind-blowing 4,6 billion dollars. Eventually, the US Federal Reserve Bank had to intervene and inject billions of dollars, in order to protect the financial system and avert a vicious global pandemic. After FED’s rescue operation, the fund closed down.

About seven years after this startling occurrence took place, another well known financial breakdown emerged on the surface, but on an even more gigantic scale this time – the housing bubble and the financial crisis in 2007. History repeats itself, and it will for sure happen again and again, but disguised in new shapes. Nevertheless, the more we understand about the imperfection of market behavior, the wiser we become and less exposed we should be.

This third article is about investment risk and related to the stock market (but not solely). The two previous articles discuss risk management history, concepts of risk management and the psychology behind risk behavior.

No one wants to be left alone on the platform when the train leaves. No investor wants to get a reputation jumping off a bull market too early when sensing a possible bubble burst coming closer, and risk missing out profitable opportunities.

So, when is the optimum time to invest and enter a market? There is none. The answer should be anytime! It is all about what, how and how much.

You can make investments that ensure you won’t lose money, but at the same time you will give up most of the opportunity to earn a decent return in exchange. Calculating the effects of inflation and taxes, your investment may return very little in real growth. To compensate, you need to increase the amount invested and length of time of the investment.

Financial factors that determine if you will achieve the investment goals are:

Each factor should be assessed with regards to value at risk (VAR). Ponder what scenarios might evolve that breach your ability to absorb negative impact or exploit risks. A sensibility analysis should get a hunch where things may get ugly. But, not to forget, there is always a streak of randomness in everything.

In economic theory, there is the concept of random walk. Without any logic or understandable reason, sometimes the market starts to move in a certain direction. The past movement cannot be used to predict the future movement. In the short perspective, it may endanger your investments at the margin, but over time such risk should uncurl and be downplayed.

As an investor, you need to find your comfort level with risk and develop an investment strategy around that level. Your comfort level should stand the “good night’s sleep” test, which means you should not worry about the amount of risk so much as to lying awake at night. At least not for too many nights!

There is no “right or wrong” amount of risk – it’s a highly personal decision up to each investor. Though, young investors can afford higher risk than older because they have more time to recover from a possible backlash. Whether or not if you are young or old, being an investor at a firm may not give you a second chance if things mess up entirely. Instead, it requires prudence and caution all along the way and application of sound risk management practices.

Spreading the eggs – a debated issue

Spreading the eggs and diversifying is a safe advice and a common risk management technique, but does it always hold? The strong correlation between various kinds of securities makes it tricky to find an industry or business that is unaffected by overall market movements – i.e systematic risk. Of course, there is always the risk a single company will underperform or even go bankrupt, which speaks for diversifying and hence to avoid systemic risk.

Sometimes companies try to find out own ways to diversify and lower risk in their business making it unnecessary for outside investors to bother too much about it. However, in retrospect with statistics at hand, some diversified enterprises, in particular conglomerates, have faced challenges in maintaining profitability. Brand recognition has suffered and professed values have vanished, which have led to fleeing customers and increased business risk. For an investor, the trade-off between focus and diversification will always be an important risk management issue when markets are both challenging and rich in opportunities.

“A ship is always safe at the shore - but that is NOT what it is built for.” (Albert Einstein) 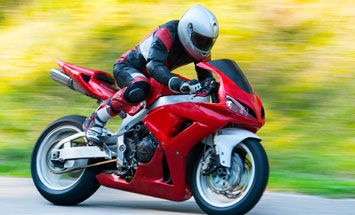 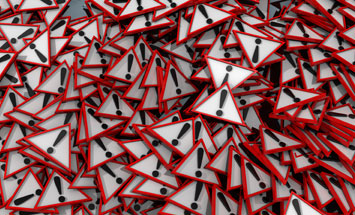 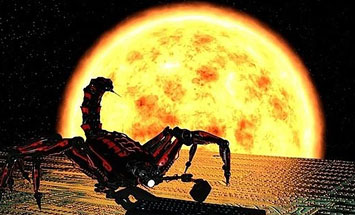 Be viligant and don't drain your energy

All rights reserved by Capgemini. Copyright © 2021