"OneVersion – What are you missing?"

Start / Utforska / Bloggposter / "OneVersion – What are you missing?"

Sogeti Dynamics expert Daniel Wredenberg blogging about if the OneVersion approach, including continuous updates of your Microsoft Dynamics installation, can rock your world or not.

"OneVersion – What are you missing?" Does this sound familiar? You are using an unsupported version of Microsoft Dynamics AX. It was a long time since you installed any service pack or hotfixes even though you know that you most certainly would benefit from these releases. Because you have not had a process for continuously updating your environments with service packs and hotfixes you now have a situation where an update to a new service pack is to equate to a smaller upgrade project. And because of that it will never happen. You get requests from your business for new functionality and you constantly must decide whether to create a modification for it or decline the request.

If this sounds familiar there is luckily a brighter future for you ahead.

In April Microsoft released version 10.0.0 of Microsoft Dynamic 365 for Finance and Operations, which was a new milestone for how Microsoft will deliver updates and new functionality. When this post is written Microsoft is rolling out version 10.0.6 which is one of the major updates since OneVersion was released. Obtaining updates monthly is a completely new way of delivering updates and functionality comparing to older versions where, in most cases, you used the latest available version of Microsoft Dynamics when implementing the system. And then, most often, you probably only installed one service pack alongside with only critical hotfixes.

The impact of this is that your organization had an environment which did not let you evolve and use new functionality. At the same time, you most certainly did not use the full potential of the system since you did not have all hotfixes. So, what are you missing?

First, let us refresh what OneVersion really is. Microsoft is committed to deliver continuous updates each month, except March, June, September and December which results in eight releases each year. Another important thing to consider is the two release waves. The release waves contain new functionality. Release wave 1 (April) covers features from April through September, and Release wave 2 (October) covers features from October through March. For example, this release, Release Wave 2 October 2019, contains over 180 new features alongside with other improvements. The best thing about these changes is that the requirements for the features come from all the users using the system today, creating a powerful community with ideas.

The big benefit for Microsoft and all customers using OneVersion is that everyone comes together in the combined journey, creating the optimal ERP system. If you find an issue, you are not only helping yourself, but also all other customers using OneVersion. At the same time, you will benefit from issues solved by other customers. Traditionally you only installed hotfixes that had a direct impact on your most critical business processes. But there might be many fixes that you would have taken advantage from, but these never got installed.

So, in reality, does OneVersion work? According to Microsoft they have 99,99% success rate for delivering monthly updates and 80% of the customers are using OneVersion. And from our experience we can agree that this works very well. But we have also experienced the 0,01% where issues occur. In this instance a small change on the sales order entity caused an integration to break since new information had become mandatory. Testing the new version as soon as possible is more important than ever. Creating automated test scenarios using the Regression Suite Automation Tool (RSAT) is necessary to free internal resources from timeous tests to keep up with the monthly updates.

The biggest benefit of OneVersion is the possibility our customers benefits from continuously getting access to new features. We can see that our customers can benefit from the features instead of, as you traditionally did, creating modifications. We have also seen that some of the hotfixes released have resulted positive feedback from the business even though they have not reported any performance issues. This gives our customers the possibility to really make the most out of the standard functionality.

It's not a question if you are missing something. OneVersion makes sure that you will never miss anything. Your system will always be up to date with all the latest hotfixes, removing the need of complex upgrade projects. The release waves will deliver a range of new features requested by the user community which allows you to evolve your business together with the system using standard functionality. 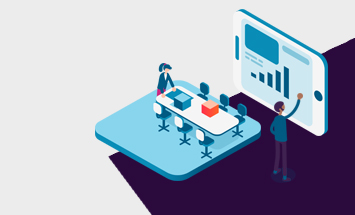 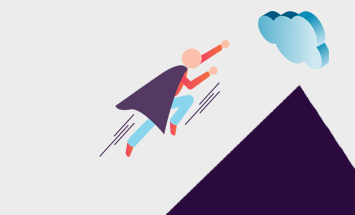